By
Geoffrey Asiimwe
Published : August 13, 2018 | Updated : August 13, 2018
20-year-old Rwandan rider Samuel Mugisha celebrates on crossing the finish line outside Kigali Stadium in Nyamirambo yesterday to win his first Tour du Rwanda title, becoming the fourth Rwandan to win the annual race in five consecutive years. Mugisha plies his trade with the Italy-based South African UCI Continental Team Dimension Data for Qhubeka, but was a Team Rwanda rider in this year’s Tour du Rwanda edition, which he won after covering 953.2km in 24 hours, 26 minutes and 53 seconds. Yesterday marked the last time the UCI Africa Tour race has been staged as a 2.2 category following its upgrade to a 2.1 category. Sam Ngendahimana.

The Team Rwanda rider, who was racing in his third Tour du Rwanda – a UCI Africa Tour – since his heroic debut performance in 2016, was crowned the champion for the 10th edition that concluded with an eighth and final stage in the capital Kigali.

The former Club Benediction’s rider won this year’s edition – the last time Tour du Rwanda has been staged as a 2.2 category following its upgrade to a 2.1 category –   covering 953.2km in 24 hours, 26 minutes and 53 seconds.

The 2016 Tour du Rwanda King of the Mountains rider beat his closest rival and compatriot Jean-Claude Uwizeye by 21 seconds with the latter posting 24h27’14” while Ethiopian debutant Mulu Hailemicheal finished in third place clocking 25h27’57”, one minute and four seconds of the pace.

“I am overwhelmed with joy, I don’t know how I can describe this moment,” said Mugisha, who was riding for Team Rwanda in the week-long race as his club did not participate in this year’s edition.

“Thanks to everyone who has been behind us since day one, I had a good team in Team Rwanda, they worked for my win tirelessly,” added the youngster. 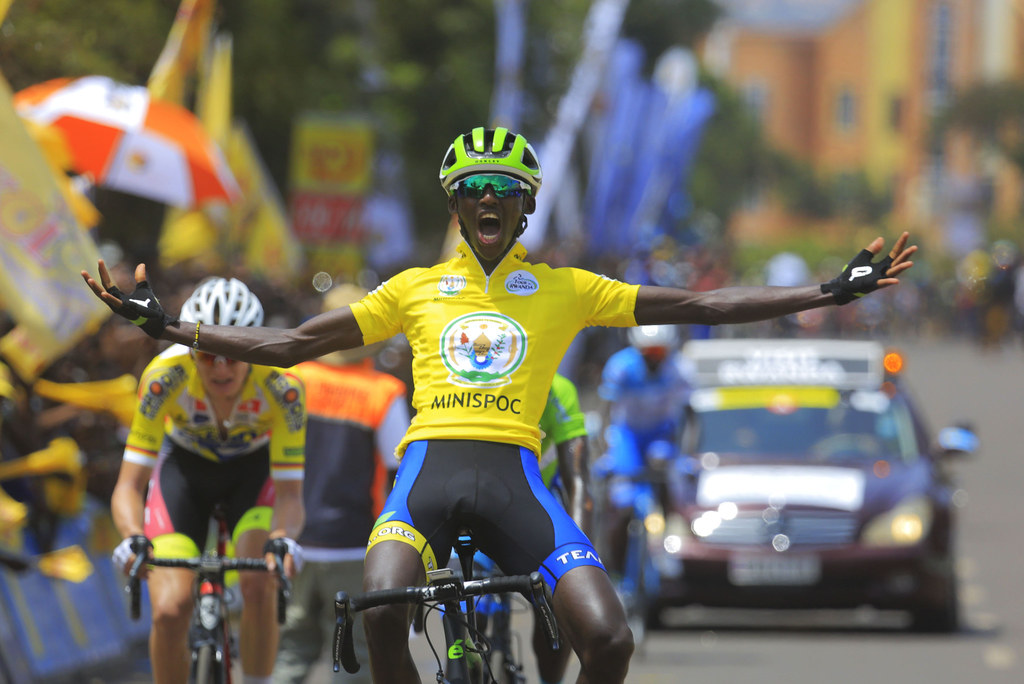 Mugisha entered this year’s tour three weeks after scooping the King of the Mountains jersey at the 55th edition of Giro della Valle d’Aosta race in Italy.

“This is a motivation in my career, I want to forget this feat from today and start working harder for the future because I am yet to reach my dream,” he noted.

Timothy Rugg of Germany’s Team Embrace the World was the Tour’s most aggressive rider, while Ethiopian Mulu Hailemicheal was named the King of the Mountains, with Bruno Araujo, from Angola’s Bai-Sicasal-Petro de Luanda, winning the best intermediate sprint award.

For Tour du Rwanda, Mugisha walked away with US$2,000 plus US$700 for his stage two win, US$300 for being the best young rider of the race, US$300 for emerging the best African in the competition, and US$300 for finishing as the best Rwandan.

Meanwhile, the next edition of Tour du Rwanda that will be staged under the 2.1 category from February 24 through March 3 next year.

King of the Mountains: Mulu Hailemicheal (Ethiopia) awarded by Cogebaque