Yellow Jersey Mugisha, who is closing in on his maiden Tour du Rwanda title, finished in the 20th position after using 2 hours, 56 minutes and 22 seconds – 2 minutes and 44 seconds behind the stage winner.

The stage got underway with a 4-lap 7.7km circuit in Rubavu town before rolling out to Kinigi near the Volcanoes National Park, bypassing Musanze-based Africa Rising Cycling Center (ARCC) – the famed home of Team Rwanda Cycling.

At an average speed of 39km/h, Ndayisenga took the first King of the Mountains points after 37.5 kilometers ahead of Team Rwanda’s duo Mugisha and Didier Munyaneza.

With 50.5 kilometres into the race, 24-year old Ndayisenga, along with Munyaneza, made another attack that lasted only 10 kilometres before they were brought back by the chasing group to form a seven-rider breakaway.

With 60km into the race, seven riders, led by Jean Bosco Nsengimana, Julius Jayde, James Faurie, Buru Temesgen, Azzedine Lagab, Eric Manizabayo and Desalegn Temalew made another breakaway to open up a gap of 56 seconds before Temalew took the second points of the King of the Mountains after 65.6 kilometres, followed by Manizabayo.

With 25 kilometers to the finish line, the breakaway group had stretched their lead to 3 minutes and 30 seconds to the peloton.

Within five kilometres to the finish, the peloton had narrowed the gap to 3 minutes and 9 seconds before Temelew and Les Amis Sportifs’ Moise Mugisha launched the final attack, with the former beating the Rwandan youngster in the final 50 meters as he held his hand up in triumph. 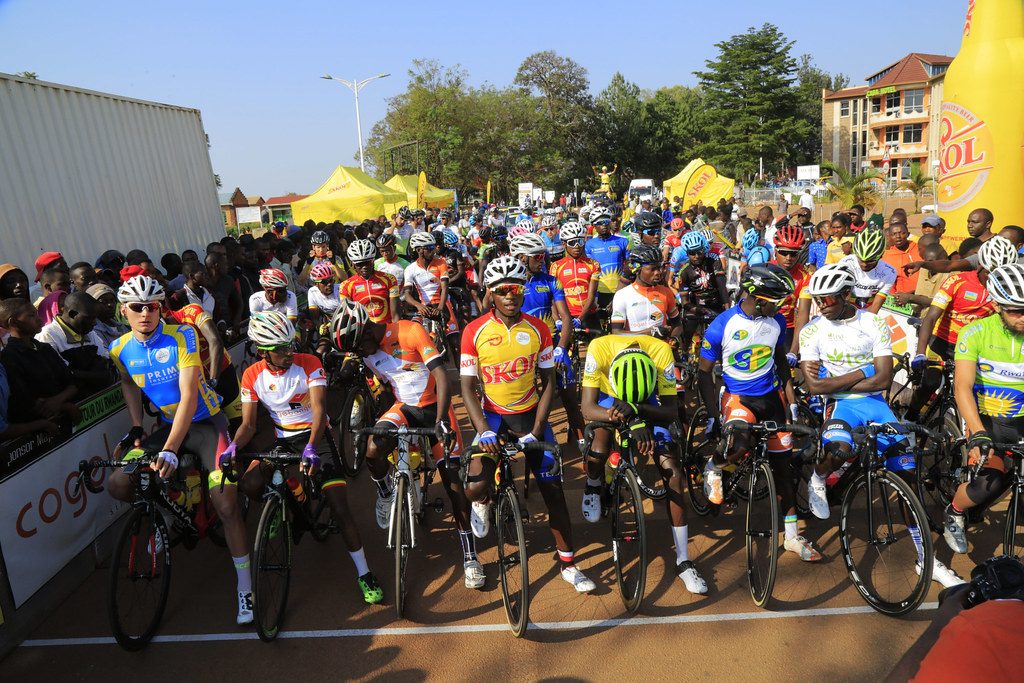 The race heads into the penultimate stage (Stage 7) today as riders make way back to Kigali from Musanze, a 107.4-kilometer ride.

The last two climbs will come after 102.4km and 107.4 kilometers, respectively.