Cycling: UCI to set up Training Centre in Rwanda

Currently, South Africa is the sole country on the continent with a UCI World Cycling Centre. It was inaugurated in 2005.

The Frenchman, who is in the country on a three-day visit since Friday, revealed while making his remarks in the opening ceremony that during his tenure as UCI President, he has prioritized establishing other two WCC satellite centres in Africa, one in West Africa while the other will be in the Central/Eastern Africa region – and specifically in Rwanda.

Lappartient who on Saturday visited the Kigali Genocide Memorial Centre before visiting the Africa Rising Cycling Centre in Musanze district, commended the great work that has been done by Rwanda Cycling Federation (FERWACY) along with the Ministry of Sports and Culture. 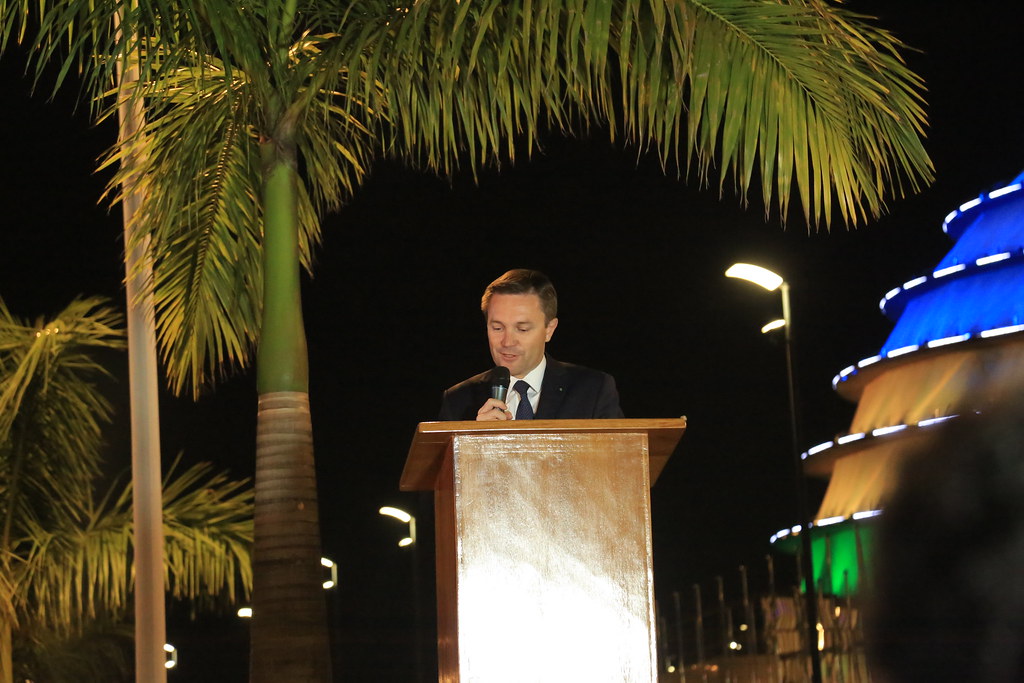 “The work being accomplished here shows the passion and dedication that we all share for the sport and the development of cycling on this continent and in Rwanda fits my vision to broaden cycling around the globe,” said Lappartient.

“In the UCI agenda 2022, our goal is to support the establishment of more cycling infrastructures on the continent, with the World Cycling Centre in South Africa, another satellite is soon to be opened in North Africa in Cairo, Egypt. My vision is to see implementation of two nore UCI centres on the continent, one in the West and another in Central/East of Africa,” he added.

He further noted, “After my visit this morning to the wonderful Africa Rising Cycling Centre, I am convinced Rwanda has the capacity to welcome a UCI World Cycling Satellite Centre that can help train many more cyclists in Rwanda and the region. I’m sure there will be one soon.”

The current and only UCI World Cycling Centre in Africa is based at an altitude of 1400m in South African city of Potchefstroom, and is the continental hub for cycling in Africa.

Working in collaboration with UCI and the Confederation of African Cycling, the mission of the WCC Africa is to develop and improve the level of cycling across the continent, and prepare African riders for international competition.

Since it started operations in 2005, hundreds of athletes from over 30 different national federations have trained at the satellite centre.

The WCC Africa hosts training camps for athletes, coaches and national teams in Potchefstroom, and is also involved in the organization of talent identification programmes in different countries.

The most exceptional talents are often selected to continue training at the UCI’s World Cycling Centre in Aigle, Switzerland.

Besides the physical training, riders are also taught basic life skills necessary for professional cycling such as nutrition, meal preparation – and administrative tasks such as visa applications.

Former WCC Africa trainees have won medals at African Continental Championships and UCI World Cups. Some represented their countries at the Beijing 2008 and London 2012 Olympic Games, and several others went on to join UCI World Tour teams including Eritrean duo of Daniel Teklehaimanot and Merhawi Kudus.

In 2015, Daniel Teklehaimanot became the first African cyclist to wear the King of the Mountains jersey at the Tour de France.

Meanwhile, Lappartient will this morning preside over the start of this year’s Tour du Rwanda in Rwamagana district, Eastern Province – starting 11am.

Follow https://twitter.com/jeffasiimwe92
Tags:CyclingUCI
You want to chat directly with us? Send us a message on WhatsApp at +250 788 310 999