Why Russian Foreign Minister was in Kigali

Lavrov’s visit sought to strengthen ties with both Rwanda and the African Union which Rwanda is chairing this year.

This year, Russia and Rwanda will mark 55 years of bilateral ties.

Among the subjects of discussion during Lavrov’s visit to Kigali was cooperation in mining, agriculture as well as capacity building in the mining sector with Rwanda being a beneficiary.

Already there is existing cooperation in mining, geological studies and prospecting which Lavrov said is going to be stepped up going forward.

Noting that economic and trade ties between Rwanda and his nation are somewhat low, he said that they are making conscious efforts to change the status quo.

“We wish to increase our trade and economic cooperation which though remains relatively low, it bears potential in the coming days,” he noted.

An intergovernmental cooperation committee was created last year and held its first sitting in Kigali, the second meeting will take place in Moscow to work on improving trade ties.

The diplomat also engaged Rwanda on increasing Russia’s role in peacekeeping across the continent where he expressed his nation’s readiness to provide support.

He also noted that Russia which has a permanent seat at the United Nations Security council will lobby for permanent representation of Africa at the body.

“It is important in achieving the reform of the UN to have more representation of African, Asian and Latin America countries. We believe that Rwanda which has dealt with and overcome very tragic circumstances can help achieve unity across the continent and make major contributions to the global peace process,” Lavrov said.

Russia’s bag of treats for Africa also include increasing capacity building opportunities for peacekeepers, training African Union Staff as well as inclusion into the International databank on foreign terrorists created by the Russian Federal Security Service.

This expected to improve the continents capacity to combat growing terrorist threats.

“We are also set to have an Africa, Russia business forum next year to bring together entrepreneurs and business community for stronger economic ties,” he noted.

Russia and the African Union are currently in the process of drafting a conceptual framework agreement which will outline modalities of cooperation and implementation process.

On the other hand, from Rwanda, Russia has secured support and a link in its attempt to reconnect with the East African community for economic and business ties.

“We are also trying to reconnect Russia with the East African Community, both on the economic and business side in regards to increased cooperation. Rwanda has offered to be the channel of communication for Russia if need be for this region. We wish to be a country that drives important activities in terms of regional cooperation. Rwanda wishes to cooperate more with Russia, especially in fostering peace and security in the continent and we believe that Russia could play a critical role towards that,” she said. 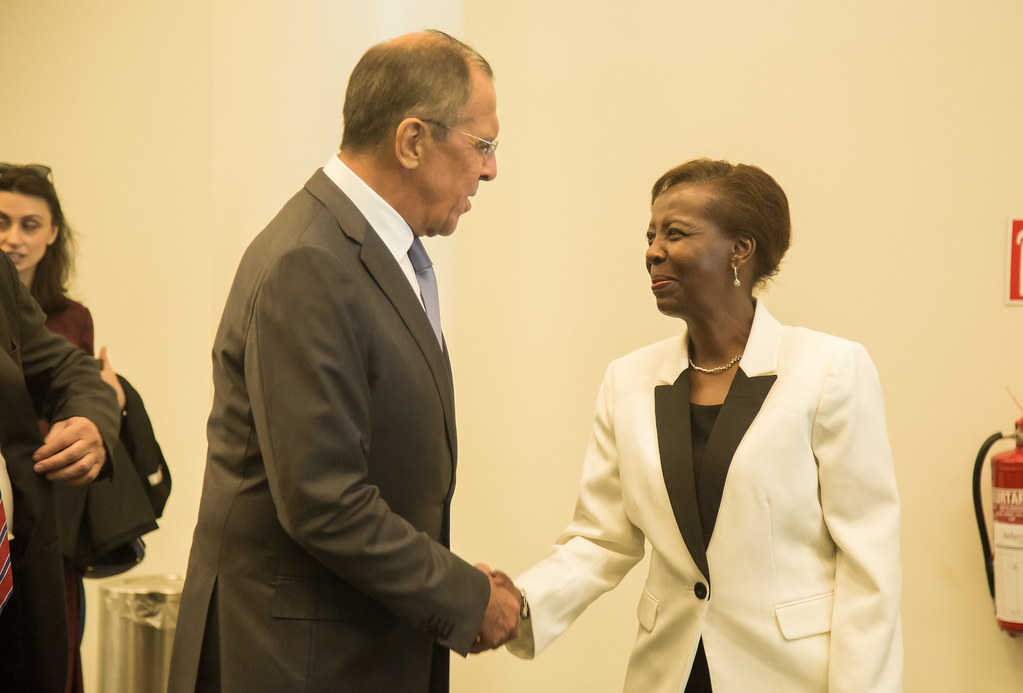 Rwanda also interested Russia to be an active player in the Smart Africa initiative, which is currently hosted in Rwanda.

Mushikiwabo said that there were plans for a presidential state visit in the coming days.