Officials from the Government of Rwanda and IMF during the presentation of their findings to the media. (Photos by Kwizera Emmanuel)

The Rwandan economy is projected to grow by 7.8 per cent in 2019, according to a latest projection by the International Monetary Fund (IMF). 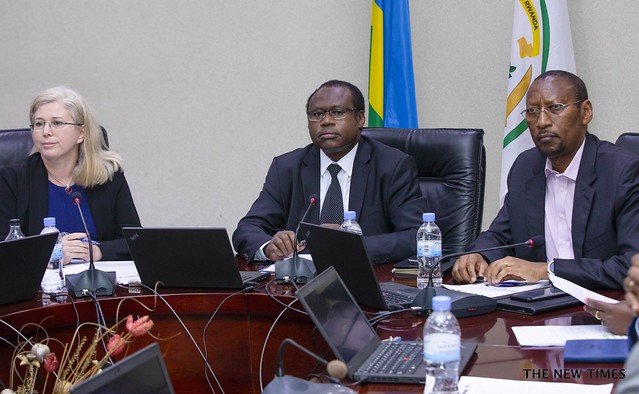 On Friday, they met the Minister of Finance and Economic Planning at the conclusion of their mission in Rwanda, during which they presented their findings to the media.

The mission led by Laure Redifer, said that the economy is projected to remain strong in 2019 at 7.8 per cent driven by investments flows, continued diversification of exports and continued resilience of the agriculture sector.

Among the investments being banked on include Bugesera Airport, Hakan Peat Plant among others.

The growth was attributed to good performance of key sectors, such as services and agriculture, as well as a rebound witnessed in such sectors as construction, and wholesale and retail.