Qatar has shown interest in working with Rwanda

The Governments of Rwanda and Qatar are on course to enhance trade relations in multiple sectors including agriculture, technology, mining and transport.

The Qatar Deputy Prime Minister Sheikh Mohamed bin Abdulrahman Al Thani is in the country for a two-day visit with negotiations expected to part of the agenda.

One of the areas Qatar is interested in is aviation and may look into investing in the new Bugesera International Airport.

“There seems to be a big interest in this. There is room for multiple investors,” Sezibera said.

“Bugesera International Airport, like many other investments, is big enough for multiple actors. The only challenge we have is that we do not have as many as we would want,” he said.

On the sidelines of the recent Aviation Africa summit in Kigali, Akbar Al Bakar, the Chief Executive of Qatar Airways, had told The New Times that Qatar was likely to be interested in investment in Rwanda.

Bugesera International Airport is currently undergoing a redesign, which the Government said will make it fit for purpose.

It is until completion of the redesign that it will be possible to determine its effect on the completion schedule.

Sezibera added that the two countries have a long-standing relationship, which is growing.

He said they are also discussing other areas of cooperation including diplomatic cooperation, political dialogue as well as different potential investments in agriculture, tech, mining, transport, tourism.

“It’s a vibrant relationship. We are happy that Qatar has shown interest in working with us,” he said. 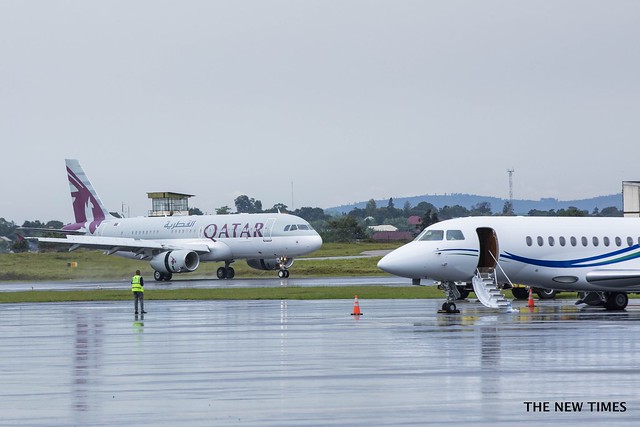