By
Julius Bizimungu
Published : June 12, 2018 | Updated : June 13, 2018
The multi-million dollar complex that will soon be home for Carnegie Mellon University Africa Campus has been built in the newly set up Innovation City within the Special Economic Zone. Sam Ngendahimana.

Carnegie Mellon University-Africa (CMU-Africa) is set to relocate to its newly constructed campus located in the Kigali Special Economic Zone (KSEZ) in what will be known as Innovation City.

Felix Siboniyo, the head of the Single Project Implementation Unit (SPIU) at Rwanda Development Board (RDB), told The New Times that the construction works are in the final stages and that they were waiting to hand over the building to CMU-Africa.

“At the moment, we can confirm without doubt that most of the work has been completed. Only a few touches remain and will take few days to finish,” he said, adding that they were in the process of procuring classroom and office equipment.

CMU-Africa is currently hosted at Telecom House, but with the completion of the new state-of-the-art facility, the University will offer a better learning and teaching experience.

Students at the new modern campus will also benefit from the strategically-located facility, close to the special economic zone, a vast area that is host to the country’s largest industries.

“The big idea as introduced by President Paul Kagame is to have something like Silicon Valley where different students at universities located in the industrial park can easily get an opportunity to interact with industries around them,” Siboniyo noted. 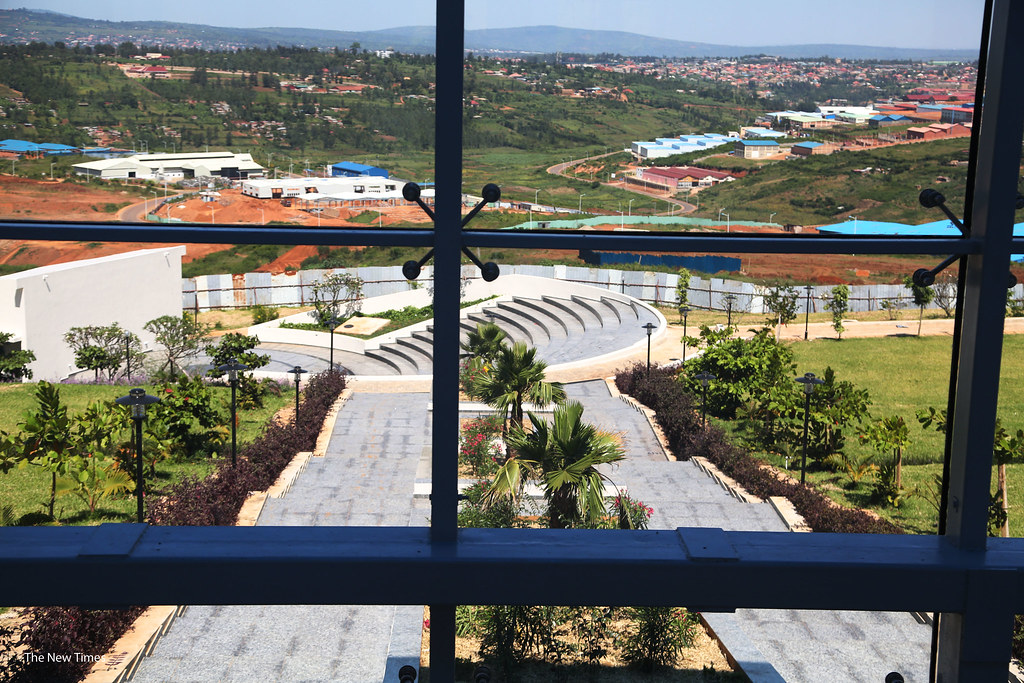 The new campus is located in Masoro-Munini in Gasabo District at the outskirts of Kigali city, just a few kilometres from the Kigali International Airport along the Central Transport Corridor.

The construction of this multimillion-dollar project has taken slightly over three years and was funded by the African Development Bank (AfDB) at a cost of approximately Rwf 9.5 billion.

“We tried to minimise costs but at the same time ensuring the maximum quality of the facility. But looking at the value of this campus, it is important to mention that it is worth the investment made,” he noted.

He highlighted that about 75 per cent of the raw materials were Made-in-Rwanda products. They include cement and granite used for tiling.

The new CMU-Africa campus is part of the 15-hectare land designated by the government as the Kigali Innovation City.

Other academic institutions to be hosted at the innovation city include the African Leadership University (ALU), and African Institute for Mathematical Sciences (AIMS).

The goal of the City is to promote and drive the country’s economic growth through digital transformation.

The campus has many new resources for students, including a main academic building with a café, a bookstore, a student activity centre, and a library and research centre.

It also has an outdoor amphitheater which will be used for a variety of professional purposes, including hosting graduation and social events like movie nights.

Siboniyo said that the second phase of the project would consist ofconstruction of students’ residences as well as an entertainment centre.

Last week Carnegie Mellon University Africa held its fifth graduation with 45 students in Master of Science in IT and Electrical Engineering.

It was established in 2011 and is the only U.S. research university offering its Master’s degrees with a full-time faculty, staff and operations in Africa.

It was born out of a partnership between CMU and the Government of Rwanda to address the shortage of quality engineering talent required to accelerate development in Africa.