Ellen DeGeneres and her partner Portia de Rossi are on holiday in Rwanda since Sunday and to oversee the initial stages of the construction of the Ellen DeGeneres Campus that will be dedicated to the late Dian Fossey’s work in Rwanda.

President Kagame meets with Ellen DeGeneres host of @TheEllenShow and Portia De Rossi who are on holiday in Rwanda and visited the site of the upcoming Ellen DeGeneres Campus of the Dian Fossey Gorilla Fund. pic.twitter.com/saErjUXR29

The campus will support conservation of mountain gorillas.

Dian Fossey was an American primatologist and conservationistwho studied gorillas in Rwanda and the wider Virunga region from 1966 until her death in 1985.

During a past show, DeGeneres told her viewers that Dian Fossey meant a lot to her when she was growing up and wanted to live in Africa to help save the gorillas like Fossey did.

DeGeneres first revealed her intention to put up the campus on her 60th birthday anniversary when Portia de Rossi made a surprise appearance at her show, The Ellen Show.

According to the information from the Dian Fossey Gorilla Fund, the campus will help expand science, research and conservation activities, enhance educational programmes, and engage people from Rwanda and the rest of the world to join the effort.

Its design will include laboratories, classrooms, meeting space, an interactive exhibit focusing on Fossey’s work, and housing for visiting researchers and students. 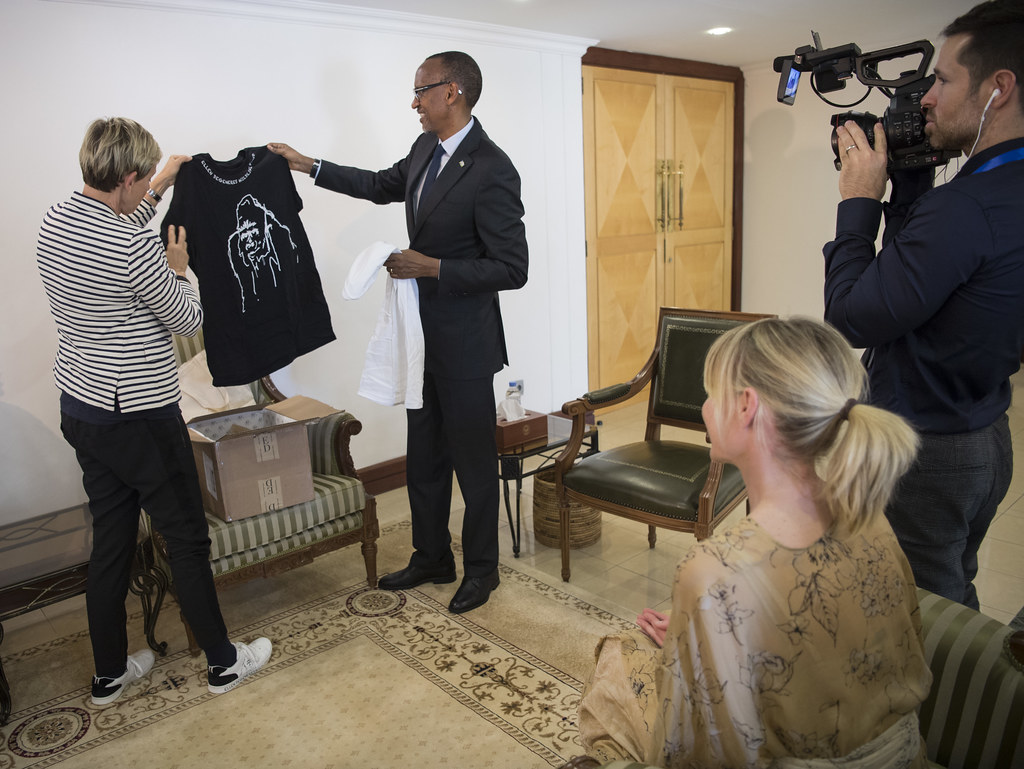 The campus will be located in Musanze District.

After meeting with President Kagame, Ellen DeGeneres and her delegation headed to the Kigali Genocide Memorial Site in Gisozi where they paid their respects to the over one million victims of the 1994 Genocide against the Tutsi.