President Paul Kagame told lawyers from member countries of the East African Community that they should continue to have an active role in realising the integration agenda for the region.

The members of the East Africa Law Society are meeting in Kigali for the annual conference and General Assembly.

Kagame, who is also the Chairperson of the EAC, said the bloc is the institutional embodiment of the region’s political will to integrate economies and cooperate closely.

Among the achievements the regional body has made, he mentioned the Customs Union, the Common Market and the ability of citizens to travel freely.

“Every aspect of the integration agenda is ultimately expressed as law. Without relevant legal frameworks, noble ideals can never be turned into reality,” he noted.

“Of course, those agreements do not guarantee implementation. But they are a first and essential step. It is therefore highly significant that the East Africa Law Society is not only the largest professional association in East Africa, but one of the most vibrant,” he added.

The Head of State applauded the East Africa Law Society’s commitment to the regional integration agenda over the past 24 years.

“There have been difficult moments, but you have held together strongly. And there will certainly be more challenges on the road ahead. We are counting on you to continue in the same spirit,” he said.

The East Africa Law Society comprises 19,000 members whose voices the President indicated were needed to drive the integration agenda, highlighting that the survival of East African Community depends on them.

“You are uniquely positioned to advocate for the benefits of fully implementing the integration agenda. You are also called upon to hold governments accountable for respecting the common rights enjoyed by East African citizens throughout our Community,” he noted.

Kagame added that lawyers should “constantly be in the trenches defending these rights and freedoms without apology.”

“To deepen the economic integration agenda, which includes trade in services, qualified lawyers should be able to practice anywhere in the East African Community without unnecessary barriers,” he said.

The annual conference and the annual General Assembly which began on Monday this week is the largest gathering of law professionals in the region and it brings together members to discuss business.

Johnston Busingye, the Attorney General and the Minister of Justice said lawyers still face challenges while conducting their profession in the region, which should be addressed to play a meaningful role.

“The East African lawyers face challenges while conducting their business across borders, including lack of harmonization, lack of proper regulation. We will continue to offer support to resolve this,” he said.

Willy Rubeya, the President of the East Africa Law Society said the organisation is working to ensure that cross border trade becomes a reality, highlighting that lawyers were committed to playing a role in realising the implementation of the treaty establishing the EAC and the Common Market Protocol.

This year, the organisation is marking 20 years of its existence. 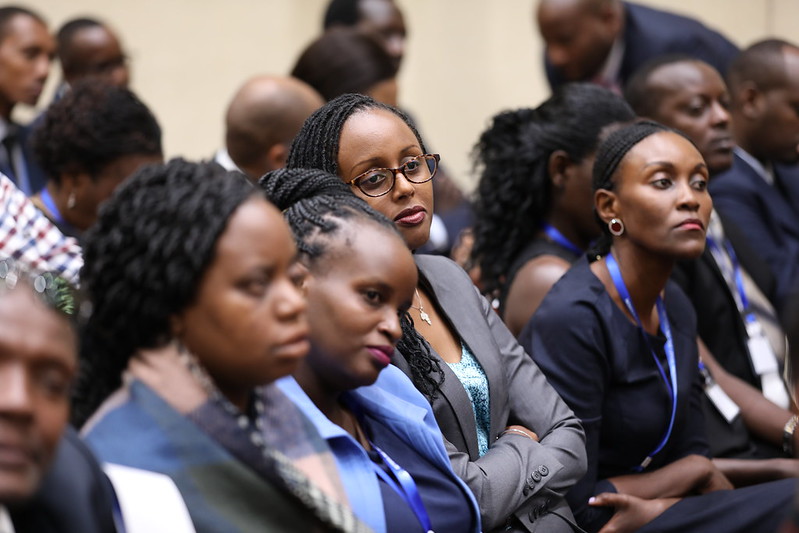