President Kagame the young participants that they should invest their energy, time, thinking and passion into it in order to becoming giants.

By
Damas Sikubwabo
Published : August 06, 2018 | Updated : August 07, 2018
President Kagame conducts a drill at the launch of the Giants of Africa basketball camp for the Rwandan youngsters at Petit Stade Remera yesterday. Village Urugwiro.

President Kagame on Monday joined the Commissioner of the National Basketball Association (NBA), Adam Silver, and Masai Ujiri, the President of NBA’s Toronto Raptors to officially open this year’s edition of Giants of Africa training camp.

Ujiri is also the founder of the Giants of Africa project, an initiative that seeks to provide African youth access to professional Basketball training and to empower them to achieve their full potential.

Running from Monday till Wednesday at Amahoro Stadium, the Giants of Africa camp brings together 50 young Rwandans and five coaches.

President Kagame said; “We are grateful that you (Giants of Africa) have identified and spotted our country’s young talent and you are doing this work to develop them.”

The President further told the young participants of the camp that; “You don’t become giants anyhow. Invest your energy, time, thinking and passion into it and you will end up being giants. We continue to encourage  you to be what you want to be, among other things including basketball players.”

Besides organising basketball camps and community outreach initiatives in August, Giants of Africa also trains coaches who hone their skills by working with top international coaches.

Each year, local and international coaches unite to serve as role models to the youth through coaching, motivation and encouragement to work hard and achieve their goals.

The renowned grassroots basketball programme was launched in Rwanda in 2015. 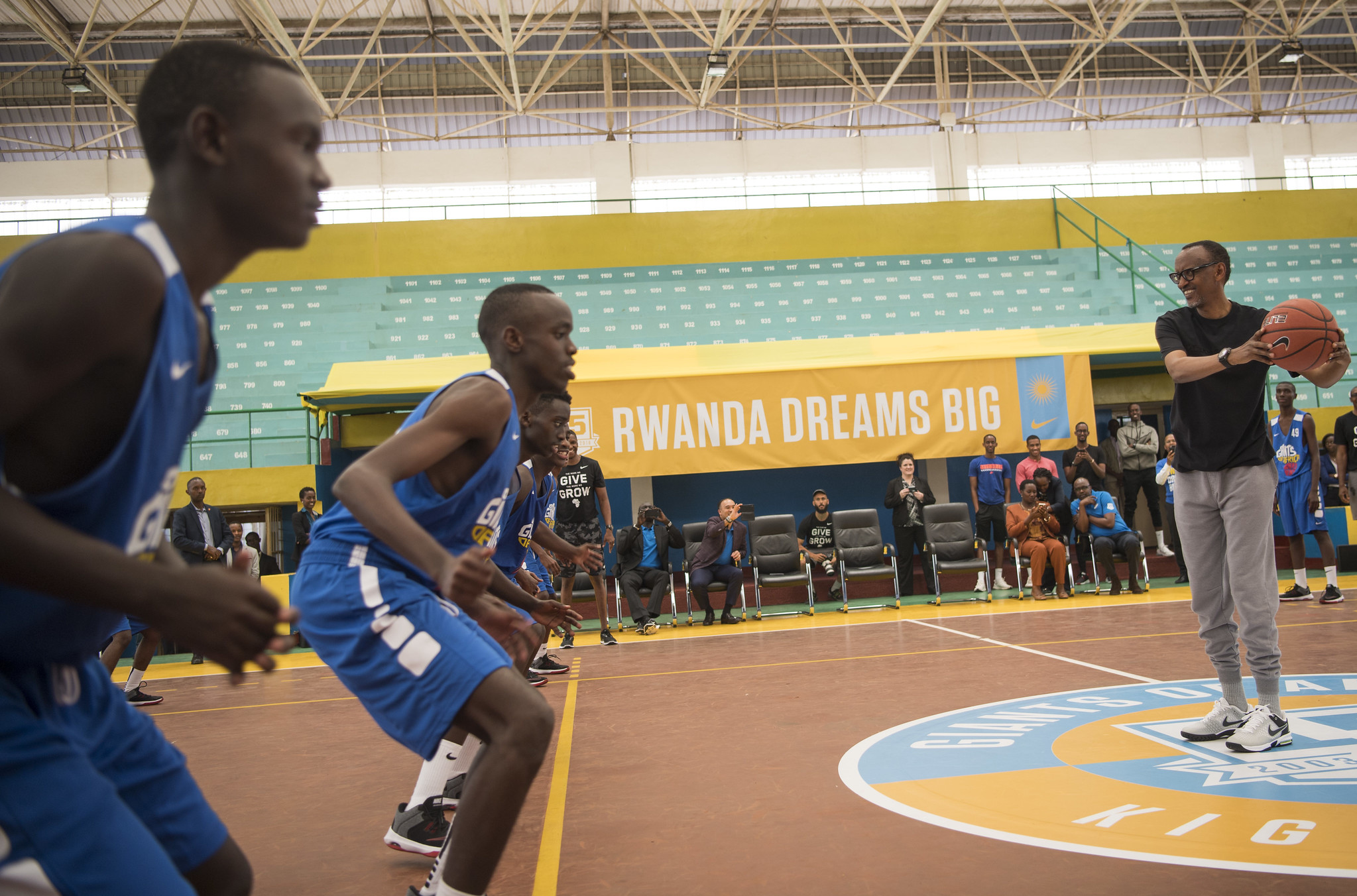 Last year, the Giants of Africa project officially launched the refurbished Rafiki Basketball Court in Nyamirambo as part of their outreach activities on the continent.