Mugisha on the brink of Tour du Rwanda victory

Team Rwanda captain Samuel Mugisha (middle) is seen here riding in a group with his teammates during Stage 6 from Rubavu to Kinigi in Musanze district on Friday. The 20-year old has been in Yellow Jersey since Stage 2 on Monday. Sam Ngendahimana.

SAMUEL Mugisha, aged 20 years and 249 days, is set to become the youngest rider to win Tour du Rwanda today after holding on to the overall leader’s yellow jersey in the penultimate stage on Saturday to tighten still further home riders grip on the race.

Barring an accident in today’s Stage 8 and final stage of the 10th edition of the annual UCI Africa Tour race, celebrated Mugisha will become the fourth Rwandan rider to win the highly coveted crown – making it five consecutive victories by a Rwandan cyclist since 2014.

The penultimate stage was claimed by Team Novo Nordisk’s David Lozano on Saturday.

They used 2 hours, 48 minutes and 35 seconds each to rank from second to fourth, respectively.

“I am extremely happy, I am living the dream right now. Nonetheless, we still have a stage to race on Sunday (today), the mission is to fight hard and ensure to fly high the national flag as we sing the national anthem – something every Rwandan cyclist lives for,” said Mugisha.

A total of 62 riders rolled out for the penultimate stage with two-time stage winner Julian Hellmann from Team Embrace the World and Club Benediction’s Bonaventure Uwizeyimana the only riders that did not start the race. Both due to illness.

20 kilometers into the race, Timothy Rugg and Kamau Gichora made the first attack leading the peloton by 12 seconds before Rugg claimed the first King of the Mountains points.

The average speed for the first hour was 38km/h.

As riders entered Kigali, four Rwandan riders including Ndayisenga, Mugisha, Uwizeye and Jean Bosco Nsengimana joined by Rugg attacked within the final circuit before Spaniard Lozano joined the group within 5 kilometers and sharply escaping them with 2km to the line.

“I think what we have accomplished so far is great but there is no room for complacency. My teammates have been working hard for me and tomorrow (today) is the day we have to finish what we started, and I appeal to all Rwandans to come support us,” Mugisha added. 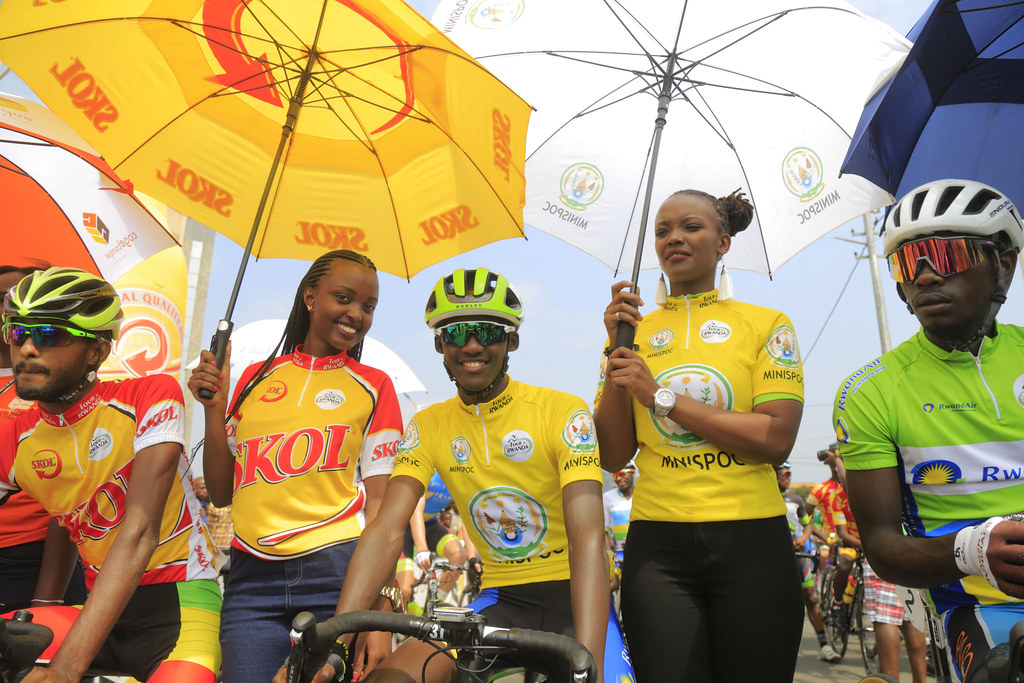 The eight-day race comes to a climax today with Stage 8 in the City of Kigali, 82.3-kilometer circuit race that will see the riders tackling the famous cobbled ‘wall of Kigali’ twice.

Riders will meet the first climb after 11.6km, the second one after 23.6km, the third is after 35.6km while the fourth climb is situated after 47.6 kilometers.

There will also be two intermediate sprints; the first after 33.9km while the second after 45.9km.