We continue to rebuild our nation stone by stone, First Lady says

First Lady Jeannette Kagame has said that Rwanda is still on its journey to rebuild the nation, 26 years after it was destroyed thanks to the country’s transformative leadership and the hope for the future.

She was speaking at the National Prayer Breakfast on Sunday, which was organised by Rwanda Leaders Fellowship. 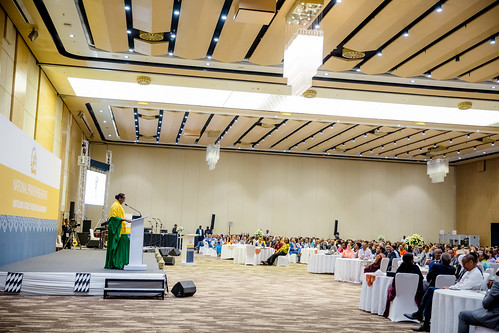 The First Lady told participants that the world wrote off Rwanda as a failed state in 1994, after over a million lives had been lost.

“At the time, very few believed that one day, let alone 26 years later, Rwanda would become a high-end tourist destination, and that we would attract the kind of investments and partnerships we see today, among so many other positive milestones,” she said.

“Twenty-six years after the Genocide against the Tutsi, we continue – by the Grace of God - to rebuild our nation stone by stone, while creating bridges with valuable friends of Rwanda, such as yourselves, who believed – then and continue to believe – today – in us, and in the transformative leadership, with which we have been blessed,” she added.

Mrs. Kagame indicated that it was important to show gratitude “when things go our way; we must also learn to thank God for the challenges we encounter. We learn and grow from them every day.”

“As a country, we relate with where we were 25 years ago, and we do not take for granted that it was very possible for us as a people and a nation, to get stuck in a cycle of conflict, poverty, and self-destruction,” she noted.

However, she said, the people of Rwanda are grateful to God and the journey that has been made so far.

She challenged the young people to work towards sustaining the gains.

“We challenge the next generation to sustain these gains and carry forward the achievements of the last two decades. We remind them, most solemnly, to wear gratitude as a badge of honor for without it, life is void and meaningless,” she said.

Mrs. Kagame highlighted that “hope” has been the most single principle that has been driving Rwandans, two decades later.

“It spurred us on and gave us reason to fight for a better future. Living without hope, is like living without gratitude. It is almost synonymous with denying the ability of God to lift us out of our present situations,” she noted. 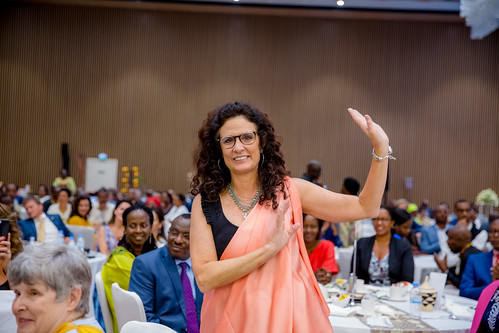 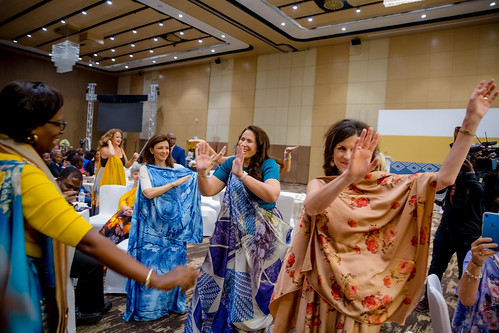 According to Eric Munyemana, the Chairperson of Rwanda Leaders Fellowship, appreciating what has been achieved sets a good attitude and helps to shape the future, reflecting the choice of this year’s theme.

“It may be hard to think about tomorrow if you are not satisfied with today. However, it doesn’t have to be perfect for you to be satisfied, rather progress should be determinant factor. We saw excellence during the previous year thanks to our visionary leaders,” he said. 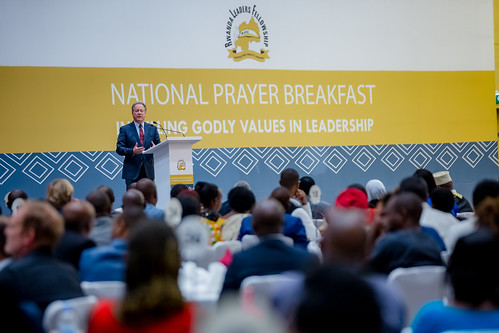 David Beasley, the Executive Director of World Food Programme (WFP) and former Governor of the State of South Carolina was the day’s preacher, who emphasized the power of prayer.

“When people come together to pray together, miracles begin to happen.”

Beasley emphasized the Bible teachings encouraging people to love one another and how Rwanda has responded to that by poverty reduction, life expectancy increases, among other gains, which he attributed to good leadership. 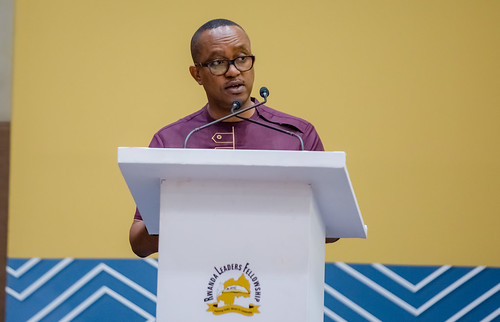 Other speakers included Ivan Twagirashema, the CEO of Ngali Holdings who highlighted the country’s achievements in the previous year.

“The economy continued to grow in the past year at the rate of above 8 per cent, while investment grew by 22 per cent compared to the previous year. It is expected that the increased investment will generate over 35,000 jobs,” he said.

Twagirashema also indicated that the state of socio-welfare of Rwandans improved while healthcare services, education and governance followed similar trends.