According to RPF, the electorate should vote for the governing party to facilitate the enactment of legal frameworks that will help the Government to put in place instruments of faster transformation.

The campaign manager for RPF-Inkotanyi, party commissioner Julienne Uwacu (C), introduces the 80 parliamentary candidates of RPF-Inkotanyi and its coalition partners to the residents of Rulindo District yesterday. Nadege Imbabazi.

The Rwanda Patriotic Front (RPF)-Inkotanyi held its inaugural parliamentary campaign rally in Rutongo, Rulindo District yesterday, ahead of the September polls in which they will be seeking to retain majority seats in the lower chamber of parliament.

According to François Ngarambe, the Secretary General of RPF-Inkotanyi, the electorate should vote for the governing party to facilitate the enactment of legal frameworks that will help the Government to put in place instruments of faster transformation.

Ngarambe called on the electorate to vote for the party for continued transformation and self-reliance.

“We have joined forces with different political organisations in a bid to work together for the desired transformation,” Ngarambe said.

RPF-Inkotanyi and the six allied political parties paraded 80 candidates before thousands of voters who had convened at Rutongo grounds, in Northern Province.

“To be where we need to be and continue on the path of transformation, we need legal frameworks that will be able to facilitate our transformation journey. That can only be done by voting RPF,” Ngarambe said.

According to RPF Party Campaign spokesperson, Wellars Gasamagera, it was part of the many campaigns to be staged by the RPF-led coalition. 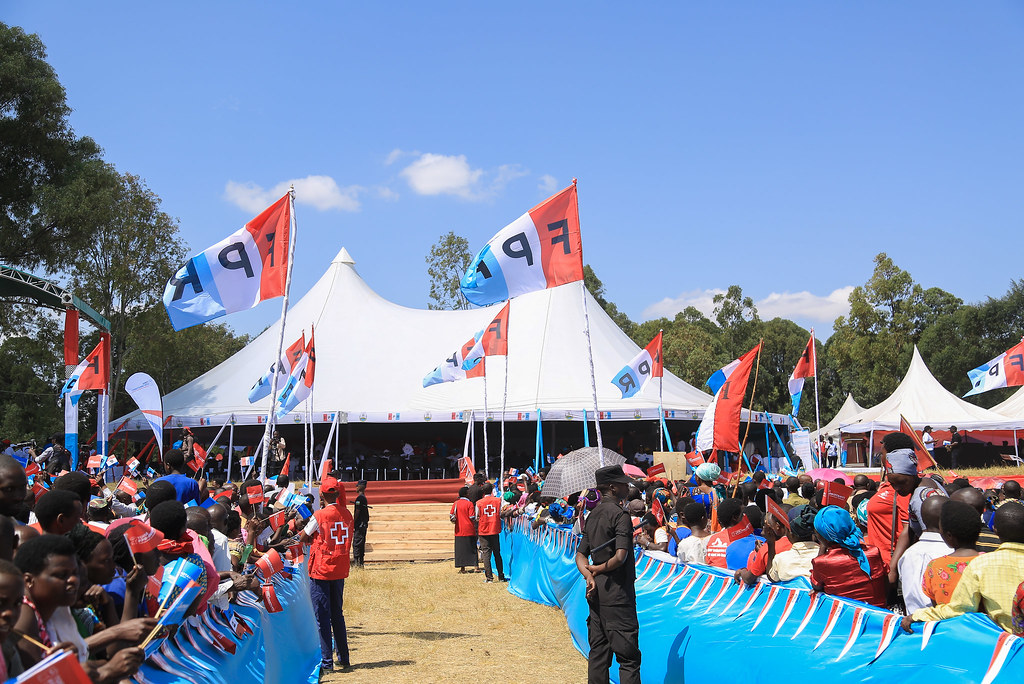 Polls are slated for September 2-4 and the electoral commission has approved 521 nominations out of the 539 it had received from political parties and independent candidates.

The lower chamber of parliament is made up of 80 members, 53 of whom are drawn from political organisations or independents, 24 representing women (elected through the National Women Council structures), two youth representatives, and one representative of people living with disabilities.

Parties and independent candidates will canvass for support from the electorate up to September 1, according to the calendar by the National Electoral Commission (NEC).

Gasamagera noted that RPF entered into a coalition with other parties due to the fact that they have a common belief in good policies that can consolidate national transformation and improve the welfare of Rwandans. His comments were echoed by the heads of the allied political parties.

Phoebe Kanyange, of PSP, one the parties in coalition with RPF, commended the governing party for the many achievements, including stopping the 1994 Genocide against the Tutsi.

“RPF has never failed us and they are not about to,” Kanyonga said.

Jean Baptiste Rucibigango, the Chairperson of PSR, said that: “We continue to work with RPF because of its track record demonstrated over the years”.

“We trust in the manifesto of RPF and its Chairman, President Paul Kagame. That’s why I urge you to vote for RPF-Inkotanyi so we can continue to implement the development agenda,” Sheikh Musa Fazil Harelimana of PDI said.

Follow https://twitter.com/AthanTashobya
Tags:RPF-InkotanyiElectionsParliamentParliamentary elections
You want to chat directly with us? Send us a message on WhatsApp at +250 788 310 999