President Paul Kagame is in Belgium to attend the 12th edition of the European Development Days (EDD), which starts today in the Belgian capital, Brussels; according to a statement from his office.

Leading up to the meeting President today held meetings with EU leaders including Jean-Claude Juncker, President of the EU Commission; Donald Tusk, President of the European Council; Federica Mogherini, High Representative of the Union for Foreign Affairs and Security Policy/VP of the European Commission;  Neven Mimica, EU commissioner for international cooperation and development. The President ended the day with a dinner hosted by the Belgian Prime Minister, Charles Michel.

This is the second year in a row that the President is attending the gathering that is organised by the European Commission and brings together the development community to be able to share ideas and experiences and also inspire new partnerships. 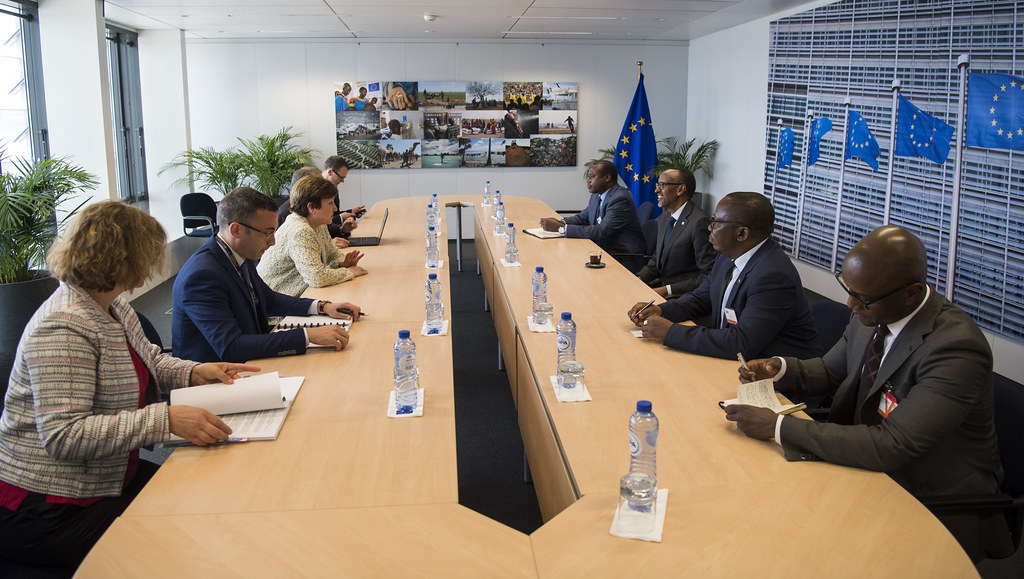 Themed ‘Women and Girls at the Forefront of Sustainable Development: Protect, Empower, and Invest’, this year’s EDD meetings will focus on the vital role of women and need for their full and equal participation and leadership in achieving SDGs.

“For Rwanda, the meetings present an opportunity to exchange on bilateral matters, regional and global issues,” reads part of the statement.

The President will also speak at the opening ceremony of the EDD on 5th June alongside leaders and Heads of State including Her Majesty Queen Mathilde of Belgium, Her Majesty Queen Letizia of Spain, President Marie Louise Colero Preca of Malta and President Roch Marc Christian Kabore of Burkina Faso.

Others who are expected to attend include President George Manneh Weah of Liberia, Prime Minister Solberg of Norway, UN Deputy Secretary-General Amina Mohammed and Speaker of the European Parliament Antonio Tajani.

Tags:KagameBelgiumEUEuropean Development DaysEDD
You want to chat directly with us? Send us a message on WhatsApp at +250 788 310 999