Knowledge without values is meaningless, Kagame tells youth in Itorero

President Kagame urged the graduates to apply the values they learned from the training in real life because the country’s future belongs to its youth.

President Paul Kagame yesterday urged the youth who completed the eleventh edition of Indangamirwa series of civic education programme, Itorero, to always strive to protect their country as they also build their lives.

He delivered the message to 568 young Rwandans who completed the training at Gabiro Combat Training Centre in Gatsibo District, Eastern Province.

The trainees include Rwandan students who are in schools from 20 countries across Asia, Europe, America and Africa, best performers from the recently concluded Itorero for Advanced Level secondary school graduates in Rwanda, as well as some best performing employees at some government institutions and districts.

At the completed training, which lasted for about five weeks, the participants were trained in both military skills as well as civic education.

The Head of State urged the graduates to apply the values they learned from the training in real life because the country’s future belongs to its youth.

“Knowledge is important. But if you do not have any values, the knowledge you have gained becomes meaningless,” he said, urging the youth to learn as much as possible to their country.

He added: “When you build something, however big or small, you work to protect it from all harm. It is the same for our country. We each have a role to protect what we have built together”. 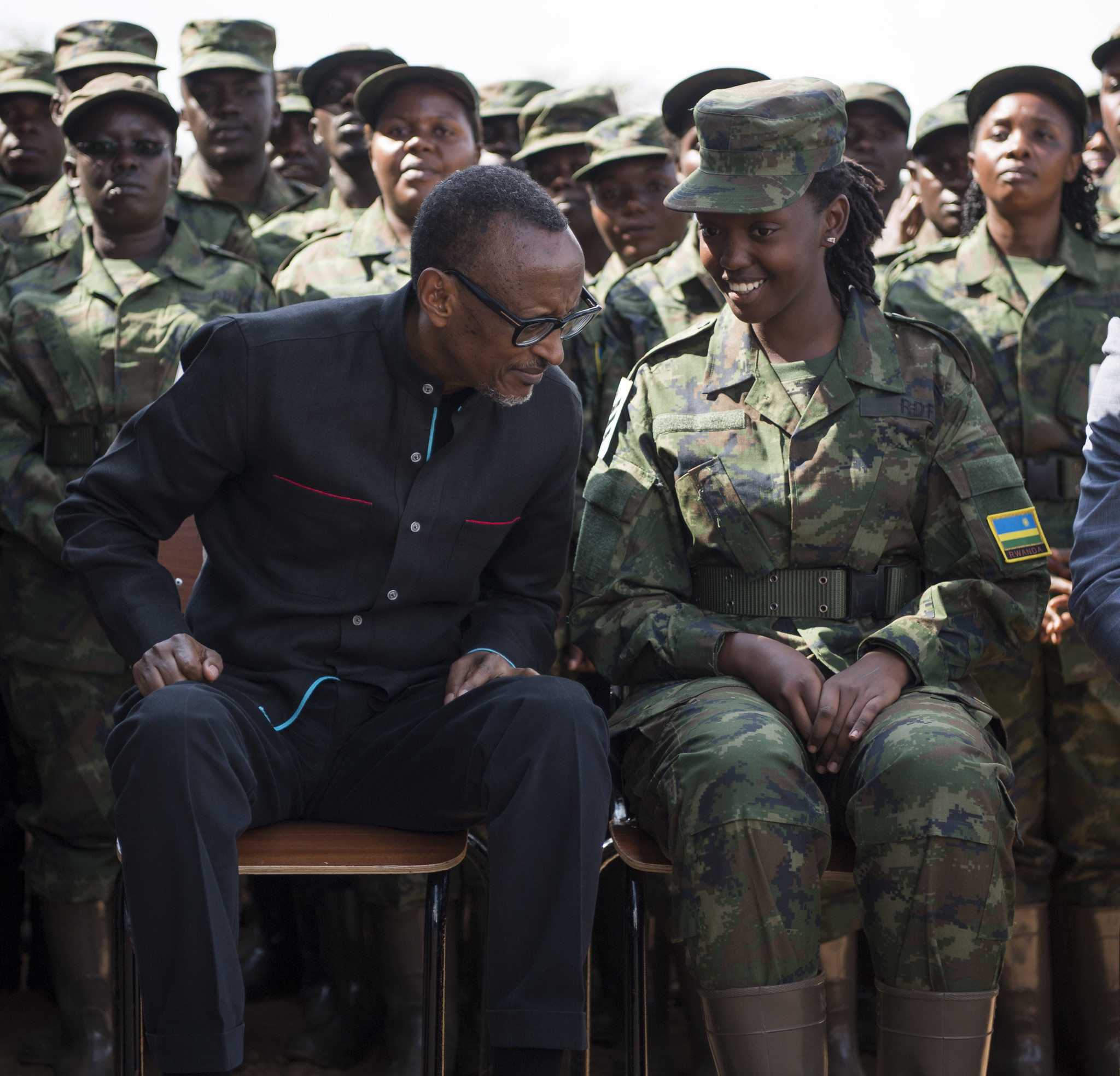 Edouard Bamporiki, the head of the National Itorero Commission, described the training as preparing the youth to be the country’s future leaders.

The Minister of Defence, James Kabarebe, who also launched the training, last month, said that the trainees have learned a lot about their country and gained the understanding that “no one else will build Rwanda apart from them”.

“They were able to appreciate what it means to have a country and the kind of work that awaits them in continuing to build it,” he said.

The trainees pledged to be good ambassadors for the country wherever they go and to be role models in society by fighting drugs, volunteering in different fields of work, and teaching Kinyarwanda to those who don’t speak the language among other activities.

Tags:KagameYouthItoreroIndangamirwa
You want to chat directly with us? Send us a message on WhatsApp at +250 788 310 999